Life at Fandango—like the dance it was named for—continues to be sometimes fast and often furious. But most important, it’s always fun.

In 1983, Walter Georis converted a charming old house in Pacific Grove into the restaurant Fandango. Among his first patrons were Pierre and Marietta Bain. Pierre was then manager of Club XIX at The Lodge at Pebble Beach working with Executive Chef Pedro De La Cruz. Although Fandango’s homey European atmosphere contrasted with the elegance of Club XIX, it struck a chord with him. His family has operated the Grand Hôtel Bain at Comp-sur-Artuby in the south of France since 1737!

In 1986 Walter sold Fandango to the Bains who reopened the restaurant at the end of the year with Pedro De La Cruz their head chef.

Since then Fandango’s ambience has remained constant, although there have been a few major physical changes. A few years back the Bains added an upstairs dining room, complete with its own kitchen. In the summer of 2001 they converted the outdoor patio into a new private dining room. Today, along with its two main dining rooms, Fandango has five private dining rooms, the smallest seating eight people and the largest seating fifty.

“The Story of Two Guys Who Wanted to Own A Restaurant”

If you have enjoyed the ambience, friendly service and European Fare of Fandango Restaurant, you can now relive that dining experience with Fandango– the book.​

Learn the inside story of Fandango and how to prepare our tantalizing dishes. Our book is illustrated with 50 color photographs and more than 30 recipes from Fandango’s kitchen. You too can create such exotic delights as Paella Fandango, Osso Buco, Couscous Algerois and many more. Fandango is witty and fun- a true story that’s good enough to eat.

From the beginning, the Bains have provided excellent food, wine, service, and atmosphere. They’re as proud of their loyal clientele as they are of the numerous honors they’ve received along the way. 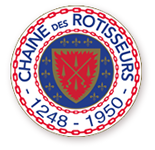